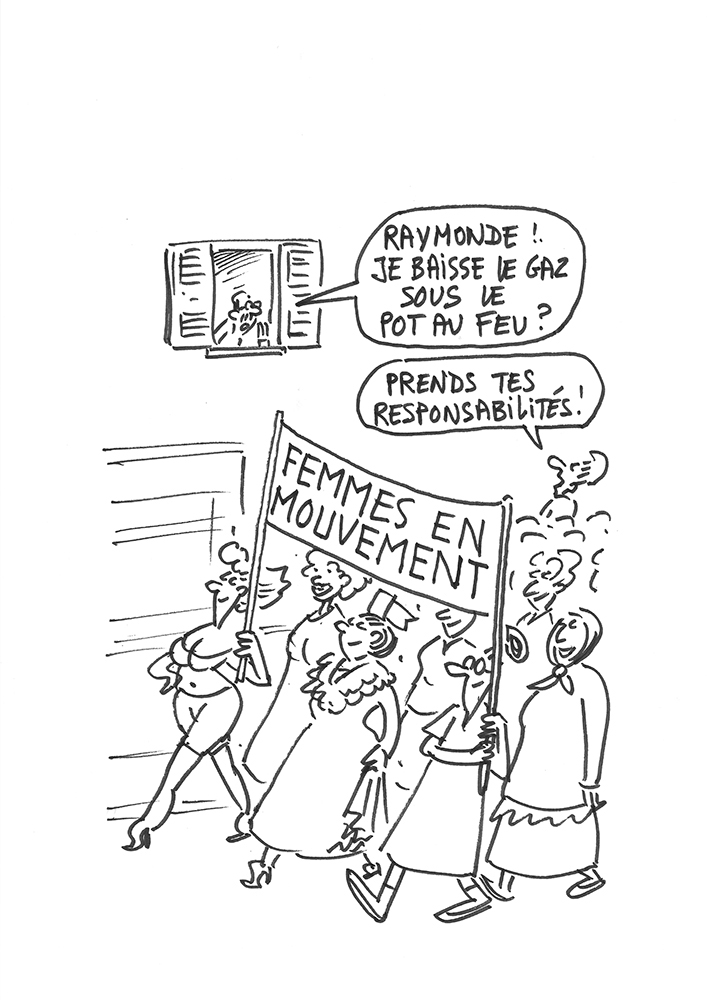 “Raymonde! Do I turn the gas down under the pot-au-feu?”
“Take your own responsibilities!”

Jean-Pierre Autheman is quite a character. After a start as a press draftsman, close to Wolinski and with the support of Pierre Desprogres, he went from press draftsman to cartoonist. Pure arlesian, confirmed jazz musician, he is an amazing scenarist, for a long time co-worker of Pilote, Hara-Kiri, Charlie Mensuel,the Écho des Savanes, Circus and so many others. Jack of all lines, he received an award for ‘Best Album’ for « Une nuit chez Tenessee » with his hero, Vic Valence, at the Angoulême Festival in 1987. In 1994, he was also honored with the Jacques-Lob Award. Hard to contain in only one page such an intense life, even compiled.

Jean-Pierre Autheman pleased us with his political drawings every Sunday, in the weekend edition of La Provence, the newsfeed of the little Gallo-Roman city.